How do places get their names?

What does it mean to perpetuate a character by associating his or her name with a public space?

What stories and silences do such gestures reveal?

These are some of the questions that have guided the work of the Swiss-Haitian artist Sasha Huber for over a decade. These issues are also the guiding thread of the «Nome Próprio» (Proper Noun) exhibition that opens at the Hélio Oiticica Municipal Art Centre on 1 June, 2019 (Saturday), curated by Sabrina Moura.

The artist’s interest in memory politics began in 2007, when she joined the international committee Demounting Louis Agassiz, invited by Hans Fässler. Agassiz (1807-1873) was a Swiss scientist, author of theories that guided racial segregation in the second half of the 19th century. Although fiercely contested, his scientific trajectory continues to perpetuate the name of Agassiz in various public spaces and geographical formations around the world. Among these spaces is the Agassiz Mount (Agassizhorn), in the Swiss Alps, the Agassiz Square (Praça Agassiz), in Rio de Janeiro, and the Agassiz Grottoes (Furnas Agassiz) also in Rio de Janeiro. Agassiz’s connection with Brazil goes way back. Already in the 1860s, he travelled through Rio de Janeiro and the Amazon with the Thayer Expedition, photographing men and women from an evolutionary perspective.

To date, Sasha Huber’s actions constitute a vast body of performances, videos, photographs, books and installations dedicated to the questioning of the scientific neutrality in the field of racial theories. The whole of these interventions is the guiding thread of the exhibition «Nome Próprio», whose leitmotif is to discuss the policies of remembrance and forgetfulness that haunt the 21st century.

The exhibition is accompanied by a series of public programs devised by Lorena Vicini. In the form of discussions, laboratories, guided tours and workshops, the activities expand the understandings of history and memory based on Sasha Huber’s work, and also discuss how the narrative layers can be visibilized and challenged by art. 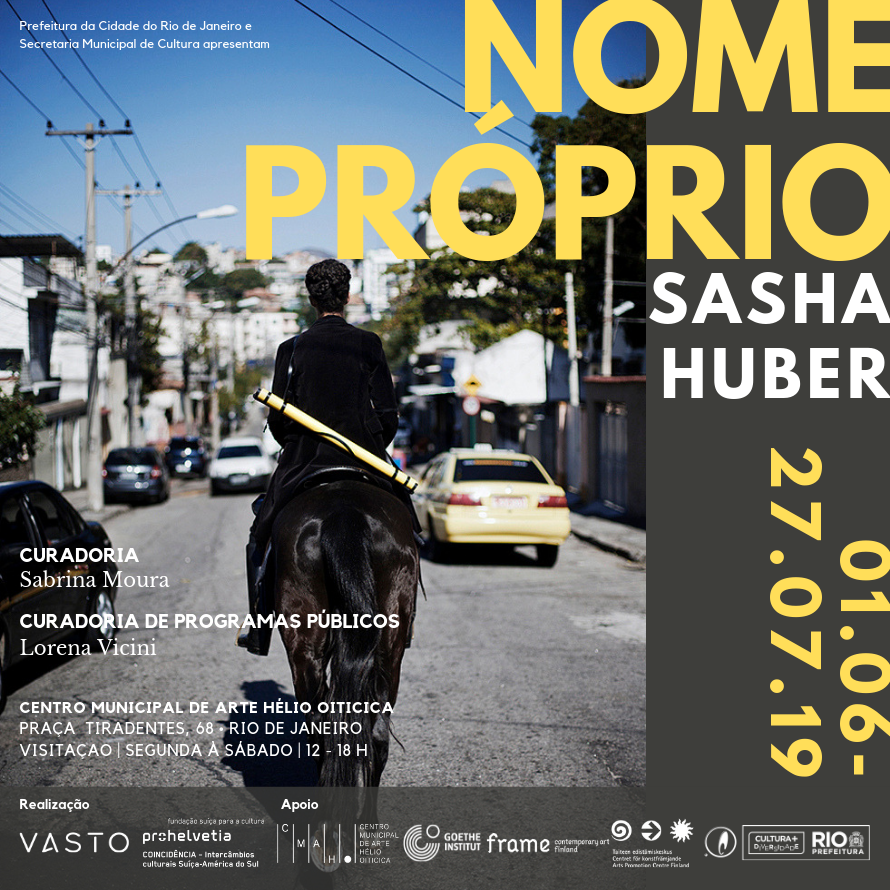 The exhibition «Nome Próprio» is supported by the Pro Helvetia Foundation in the context of the program «COINCIDENCIA – Cultural Exchanges between Switzerland and South America», in partnership with Frame Contemporary Art Finland and Capacete. The public programs have the support of the Goethe-Institut Rio de Janeiro.

Open call: «She Got Game»