Given the current context of global crisis, the «XIV International Sound Art Festival Tsonami»  rethought its format towards other ways of tuning in and listening. Between Friday, December 11 and Monday, December 21, the festival shifted towards the radio territory as a place of research, using www.radiotsonami.org as a platform for collective meeting and listening.

Radio Tsonami broadcast uninterruptedly 24 hours a day during the 11 days the festival’s programming, which included the works of 176 artists from Latin America and the rest of the world. In addition, the programming included 49 proposals selected from an open call, where they were invited to explore the radio territory by addressing diverse ideas that problematize the Western development model.

Fernando Godoy, director of the festival, comments that “radio is a wandering territory that in Chile has been fundamentally abandoned to the laws of the market. In spite of such a difficult year where we were subjected to policies of control over bodies, we believe that both in Chile and in Latin America radio and the phenomenon of transmission unfold a potential for artists who work with sound, emerging as a material and bridge for sound creation, collective listening and the ritual act of tuning in. With this edition of the Tsonami Festival we want to contribute in that direction”. 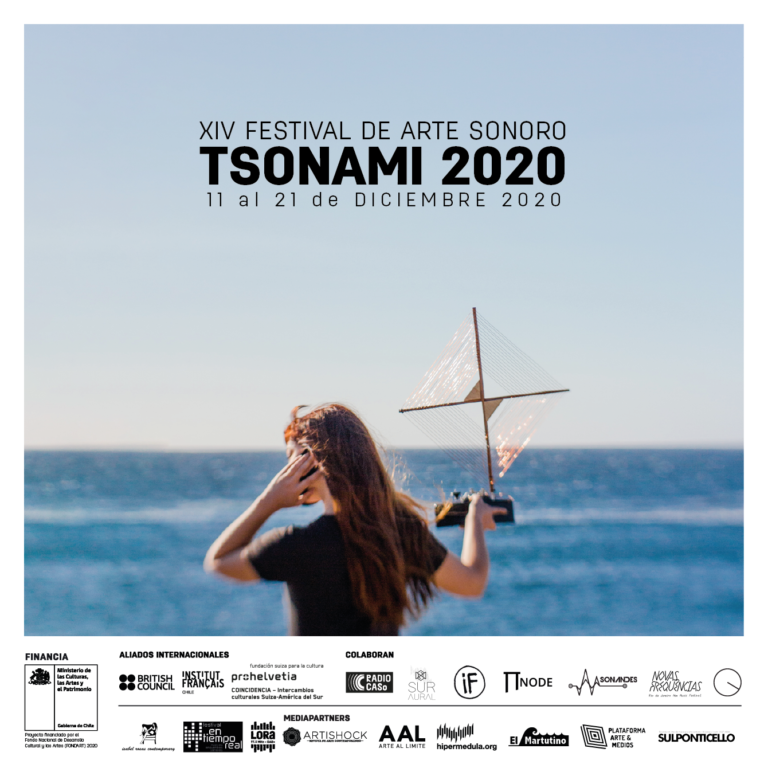 From Switzerland, Swiss artist Sarina Scheidegger participated in collaboration with the Chilean artist Rodrigo Toro with the piece «Notes on Hideout» , a collaborative radio performance with Radio Lora based on the development and manipulation of a vinyl record/artistic object made by hand, and the Swiss artist Jörg Köppl, with the piece «A Machine That Dreams», an algorithmic sound composition with monosyllabic words that generates a random narrative in real time.

The Tsonami 2020 Sound Art Festival is financed by the Ministry of Cultures, Arts and Heritage through the national Fondart, call 2020; and the support of the British Council, the French Institute of Culture and the Swiss Arts Counsil Pro Helvetia in the framework of its program in South America «COINCIDENCIA».

Jörg Köppl is an artist and composer who lives and works in Zurich, Switzerland. He is interested in the processes of social synchronization, in which he explores mainly sound scenes. He has carried out experimental radio projects and sound projects which he has presented internationally.
His ensemble «metanoia» takes tendencies from composition, improvisation and electronic music.

Visual artist graduated from Universidad Diego Portales. He has participated in group exhibitions such as: Expo Winners, of the Matilde Pérez Art and Digital Technologies Contest; Simulacro I, in the gallery of False Space; Character, in the library Nicanor Parra; and Audioficción, part of the IX Tsonami Festival.

He was the winner of the 2015 Municipal Young Art Awards contest, in the sound art category, and since 2012 he has been dedicated to the production of installation works with an emphasis on the creation of sound machinery and experimental lutherie.

Since 2014 he has been part of the Electros collective.

Artist, writer and editor, works in various collaborations. She obtained her MA at the University of Art in Bern and Vienna in 2015 and worked at the University of Art in Basel. She completed an artist residency in Buenos Aires with the “Atelier Mondial/SKK” grant. She currently works with Ariane Koch and together they received support from the city Basel for their performative works which they continue to develop.

In 2012 she received the Performance Art Switzerland award and participated in an artist residency in Leipzig. Since 2013 she is organizing the series “Rooftop Readings” some readings on terraces in Basel. She founded “Stingray Editions” together with Kambiz Shafei, to publish different artists’ editions and formats. She has exhibited her work internationally, including Haus der Kulturen der Welt (Berlin), Kunsthalle Basel (Basel), IPA Performancefestival (Istanbul), Kunstraum Niederösterreich (Vienna) and Gallery X.L.A.M (Voronezh). She is currently presenting the performance “Everybody Is Leaving, We Are Showing Up” at Kunsthalle Basel and is working on the work “Rosa & Louise – A Feminist Manifesto” to be presented in Egypt.